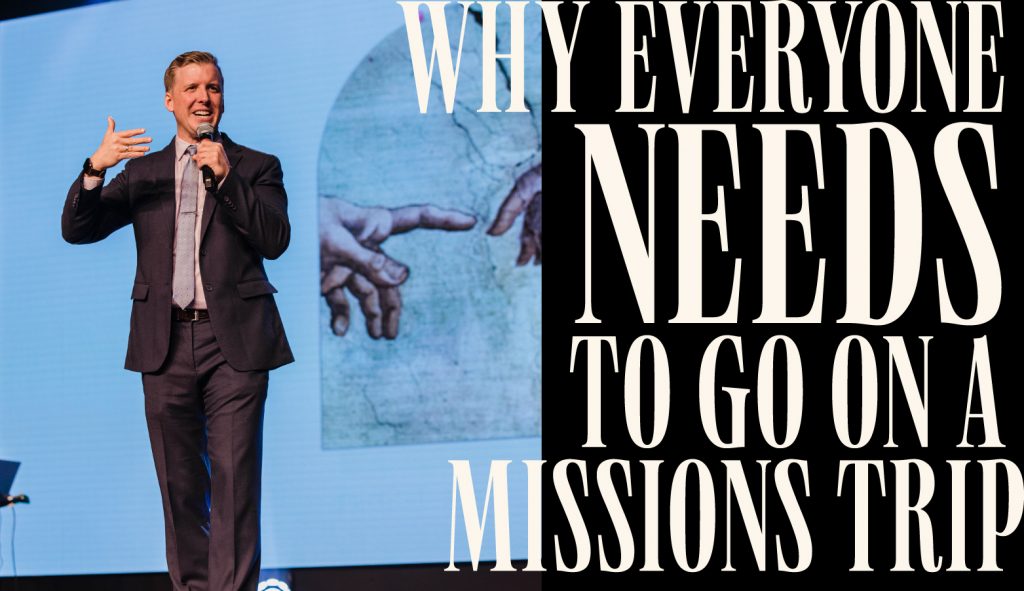 Why Everyone Needs to Go on a Missions Trip

Yale University says you need to be uncomfortable if you want to grow.

No seriously. I mean Jesus saying, “Go into all the world and preach the Gospel” should be

enough for us to book the plane ticket for a missions trip, but it doesn’t hurt to have a gentle

nudge by a bunch of Ivy League-ers.

According to a 2018 study, “If you want to maximize learning you need to make sure you’re

doing hard things 70 percent of the time.” It specifically mentions traveling abroad as a way to

strategically introduce discomfort in your life. And if you really want to make sure you hit that

Therein lies the beauty of God’s commands. On one hand, they’re worth our obedience just

because of what God has already done for us.

I once was lost, but now I’m found.

I was blind, but now I see.

Sounds like we owe Him quite a lot, which is why Paul said in Romans 12 that it’s our

“reasonable act of service” to offer up ourselves as a sacrifice.

BUT, God isn’t a slave driver. Even though all of His requests are reasonable in and of

themselves, there’s ALWAYS a benefit to us.

Are you hungry? Bored? Depressed?

Perhaps it’s because you’re not eating real food–His will for you.

Maybe it’s because you’re not on the greatest adventure–His plan for you.

I wonder if maybe you aren’t walking with the one who loves you the most–Jesus Himself.

Ready for the truth?

Life with Jesus can be very uncomfortable.

But will you grow?

Will you be fully satisfied?

Will your life make a lasting impact?

That doesn’t mean everybody who says yes to Him will be called to live abroad, but we are all

called to GO. To the comfortable and the uncomfortable. God designed it (according to Yale) to

where we’re healthiest when we’re moving and experiencing discomfort.

It just so happens that in some of the most uncomfortable places–China, India, the Middle

East–you’ll find the largest percentage of people who have never heard the Gospel.

I saved a bullet in the chamber for that.

God’s commands actually contain the grace to accomplish them!

Yes, when God says to “Go” or to “love your neighbor,” He actually packed the equipment inside

So if the why, where, what and how aren’t the question, then what’s left?

I guess you should look at your calendar and pray about that.

We can’t wait to hear how you grew in the discomfort. We’ll be sure to write to Yale.