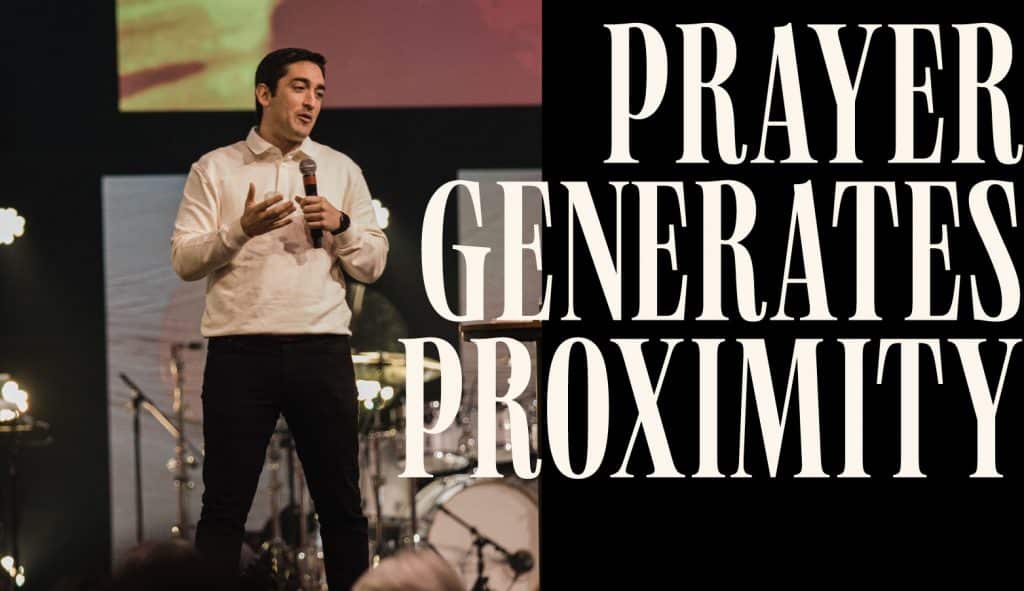 I remember when my dad announced that we would pray for six hours daily as staff members. Three in the morning and three in the afternoon. For the whole month of January. It was disheartening. I wanted to disappear and reappear in a family that wasn’t that spiritual and appreciated my abilities in Xbox! But alas, I was stuck with a prayer warrior as a father.

I went up to my father and told him, “Dad, there is a thing as overpraying. We need to give God some time to answer before we go to him again”. Ah, to be young! I will save you the details of the lecture I received, with corroborating scripture, anecdotes, and such. But what I did learn that month is that prayer is so much more than just a time of petitioning. Prayer generates proximity, and that’s what it’s all about!

The first few days of January were the worst; I hated it. I was so irritated that I wanted to go back to school again. My dad, on the other hand, seemed happier by the hour. Remember, we still had a 9-hour work day, so 3 hours before and 3 hours after work. So, goodbye Xbox; it was fun while it lasted.

But around the end of the first week, I noticed a change—a difference with me. First, I struggled with getting mad at my dad’s ridiculous request to pray 6 hours a day. Trust me; I wanted to stay angry, have snarky remarks all day towards my boss, and remind him that the lack of productivity was because of all the prayers we were doing! The problem was, everyone was so happy. The audacity!! We were getting stuff done quicker than before and were comfortable doing it. There were no more fights; we were actually getting along.

Secondly, it started to get easy. There was a longing to pray that started to bubble up inside me. I began to perceive the voice of the Holy Spirit. It was crazy. I thought that was for pulpit people, not me. But here is what I learned during all of this.

Prayer generates proximity. That means that prayer is not just when you ask God for things; it’s when you are close to God. I believe the reason why God whispers is that it makes you have to come close. Because, even over answering prayer, God wants to be with you. He tore the veil for us to have access to him again. So the reason prayer is essential is not because of what you do in prayer but because of who you are with. You are with God almighty, your father, creator of heavens and the earth, who longs to be with you and show you mighty things.

There is joy in his presence. Fullness of Joy.

There is peace when you are with him.

You become sensitive to his voice. The holy spirit, our HELPER, will help you through the day, but you must know how to listen.

But once you pray consistently, you will notice an unspeakable joy about you yet full of glory. You will see that you have become more efficient as if someone was helping you. And the best part is you will be close to God.